All eyes on Bloemfontein for the 2019 IPT 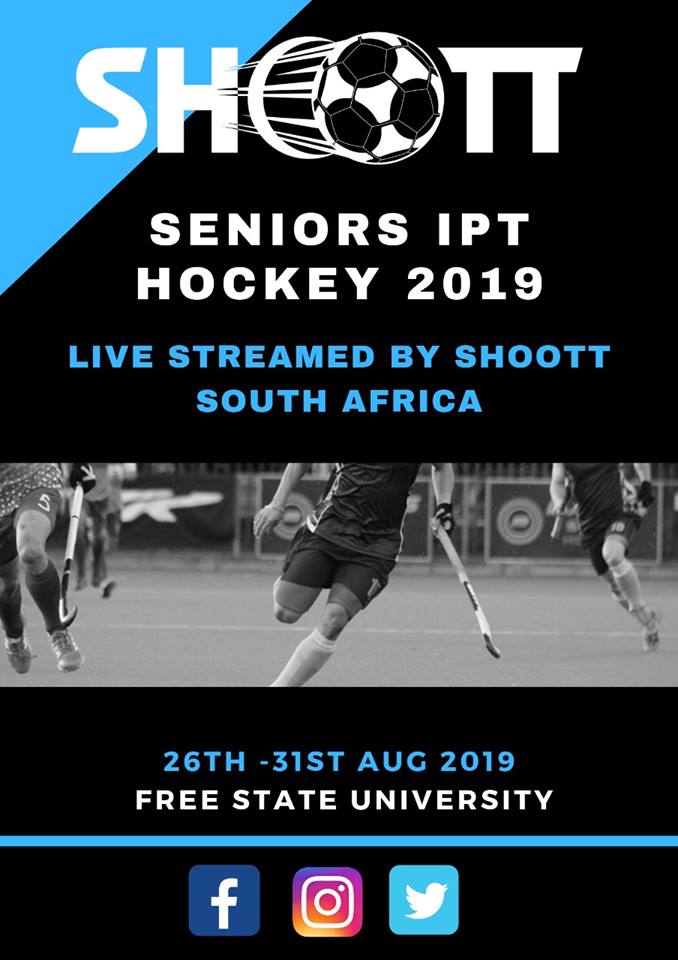 The 2019 South African Hockey Senior Interprovincial tournament gets underway in Bloemfontein at the University of Free State. With the South African sides doing well at the African Hockey Road to Tokyo 2020 event there is a great bit of momentum going into the tournament. Players who are trying to impress the national coaches will be looking at this as a major opportunity while others will look to cement their spots.

In the Men’s A Section all eyes will be on the defending champions the KZN Raiders who are without their 2018 gold medal coach Sihle Ntuli and both goal scorers in last year’s final are unavailable for them. They have several national players in Jethro Eustice, Jonty Robinson, Matt de Sousa, Taine Paton, Mo Mea, Siya Nolutshungu and Gowan Jones. They are joined in Pool A by the Northern Blues and both Western Province sides with some tantalising match ups.

Pool B of the A Section is headed up by last years runners-up Southern Gauteng, an incredibly star-studded side. South African Men’s hero Nic Spooner will be looking to add to his goal from last years final, while Colin Fielding’s side is littered with big names including Rassie Pieterse, Brynn Cleak, Gareth Heynes and Owen Mvimbi to name a few. They will take on the SA U21 side, their “B” side Witsies and Eastern Province.

In the Women’s A Section the defending champions Southern Gauteng will once again be heavily favoured. The squad that has been announced features 10 capped outdoor players, including 2019 Premier Hockey League player of the tournament Lisa Deetlefs. They also feature a host of players that won the SA Women’s Indoor IPT earlier this year showing their winning mentality in the squad. They are joined in Group A by SA U21, Northern Blues and Eastern Province.

Last years runners up Western Province will look to go one further this year and will look for Jade Mayne to continue with her fine form shown in the Premier Hockey League. Having Dirkie Chamberlain in their numbers is a great addition for them from last year while the likes of Andrea Leader, Stephanie Botha and Angela Welham will all look to step up for the Cape side. They are grouped in pool B by the hosts Free State, SPAR KZN Raiders and North West.

Eight teams will play out the Men’s B Section tournament while ten will be looking to win the women’s B section with teams looking to win promotion to the A Section.

The A section matches will be streamed live on the Shoott South Africa Facebook pages which is free of charge.