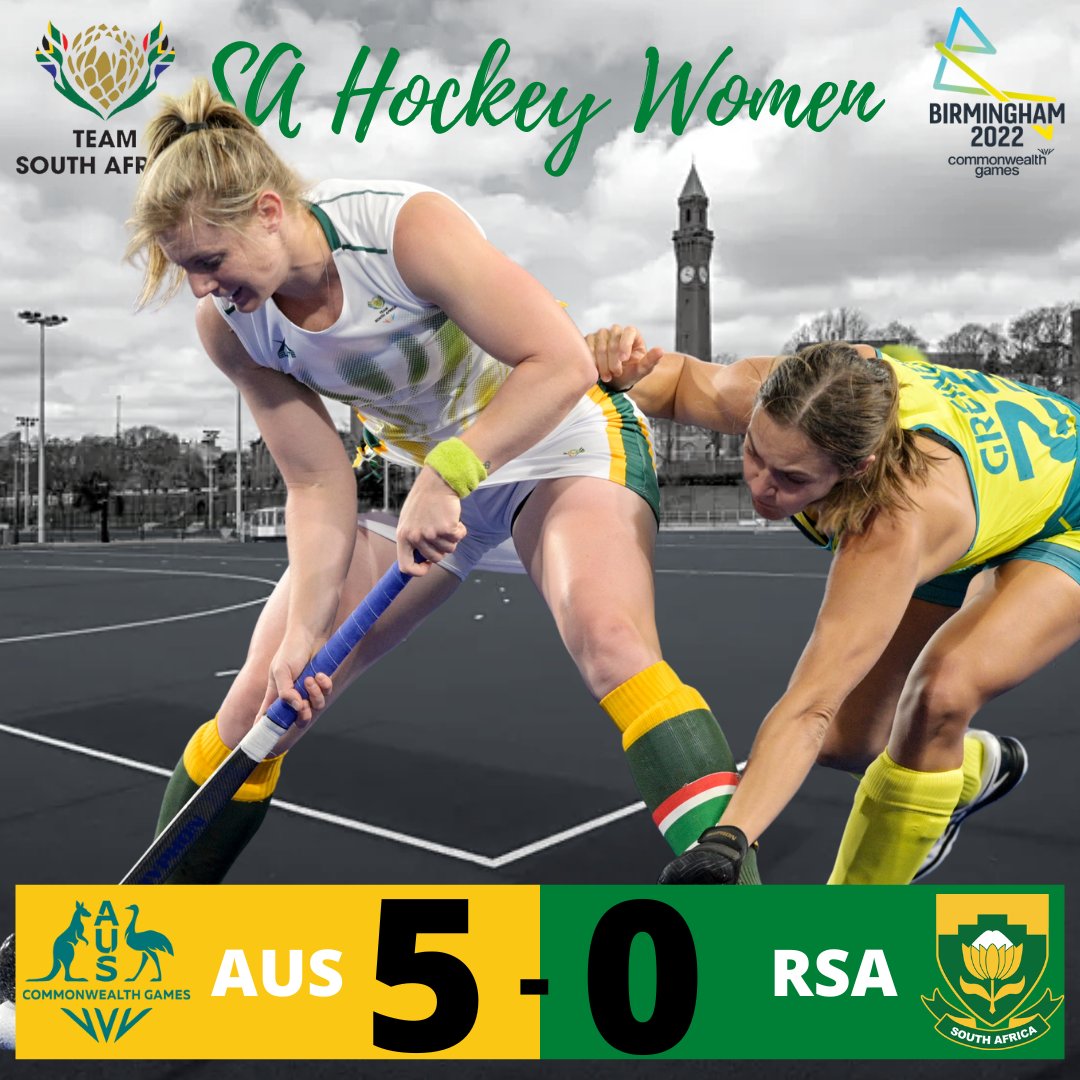 Australia underlined their credentials as tournament favourites with a no-nonsense display to emerge victorious against the South Africans thanks to an inspired second half display. Goals from Squib, Kershaw, Nobbs and Taylor were enough to seal the victory for the Oceania giants who would have been less pleased with the first half before delivering the knockout blow in the second half.

South Africa took on Australia in a repeat of their FIH World Cup Meeting less than a month ago. South Africa had opened their campaign with a defeat to Scotland while Australia had beaten Kenya in their opening game. Both were looking for improved performances.

South Africa caught Australia with an early break and a fine shot from Kristen Paton was kept out as the African champions looked to surprise the World Cup semi-finalists. But almost immediately the Australians had their lead. They surged up the other end and fired in a penalty corner that was dispatched superbly. Australia were bossing the possession and territory as South Africa looked for an opportunity to get out of their half.

Bianca Wood was offering South Africa a momentary glimpse of opportunity as she led the counter attack game but there were very few moments of danger for the South Africans as the Australians showed dominance. Phumelela Mbande had to make a save from a penalty corner with a solid left boot but she would have to stay aware as the Australians were very much up for the game. The South Africans were showing tremendous heart but as they were defending with so many players the opportunities to escape were limited. Nevertheless at the end of the opening quarter it remained just the one goal for the Australians.

South Africa were showing glimpses of quality but decision making in the final quarter was not at its optimal level. Australia created two good opportunities early but fired the first wide and the second high and over the crossbar. Australia continued to created but continued to be thwarted by the resilient South Africans. Mbande was busier than she would have wanted to be, but she was up to the challenge. Her confidence was slowly but surely started to build in the players in front as South Africa grew in belief in the game.

A slightly more competitive second quarter came to an end without a goal added to the scoreline and at the half time break it was just the one goal in the game.

South Africa gave away an early penalty corner with an unforced error in the second half. Australia, finally added to the scoreline with a Taylor drag flick that gave Mbande no chance and doubled the lead. Australia were looking to add to the lead and created a good opportunity through some quick passing but Mbande doused the flames once again.

The would make it 3-0 as Kershaw beat her defender to the ball and got a deflection in front of Mbande that nestled into the goal. South Africa created the most dangerous opportunity since the early Kristen Paton shot and were awarded a penalty corner. Despite a poor stop they got the shot away by Paton but a reward gave the the Africans another opportunity. This time it was a save that denied the South Africans women.

An instinctive reaction shot from Robyn Johnson after a Quanita Bobbs drive almost caught Australia out but it was inches wide. Australia had another penalty corner but once again the South African defence stood firm. And the end of the third quarter came to an end.

Australia were gifted the opportunity to stretch the lead in the final quarter early on with a penalty stroke and Kaitlin Nobbs, on her 100th test appearance for Australia, made no mistake. They weren’t as clinical on the next penalty corner as they fired it wide of the goal and the score remained 4-0 with 12 minutes remaining. They would not be as forgiving with the next penalty corner though and Penny Squib produced her second with a devastating drag flick into the top left corner.

South Africa continued to try with great determination for an opportunity but Australia were coming forward with wave after wave of attack offering the South Africans scant opportunity for anything.

With minutes remaining the game largely fizzled out and the Australians were victorious on the back of a dominant second half display. South Africa will be looking to bounce back on Tuesday when they take on fellow Africans Kenya.