SPAR South Africa head into the unknown against Ireland 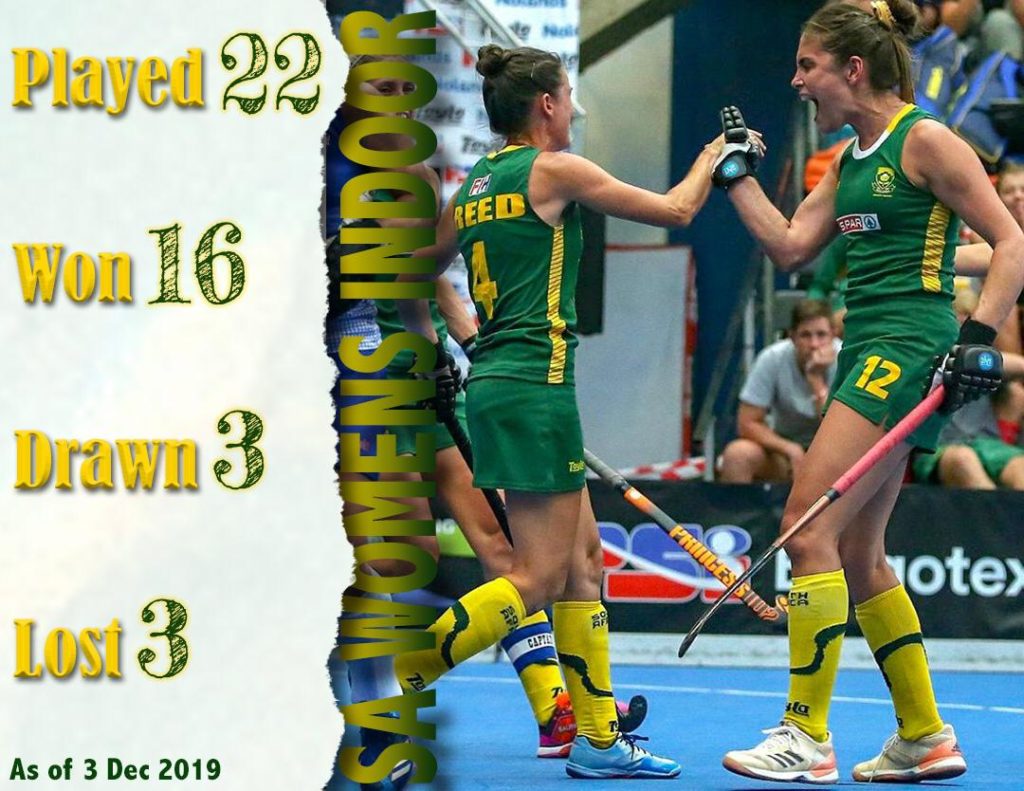 With the fantastic support of SPAR, the South African Indoor Hockey Women have had a superb programme that has seen them grow from strength to strength over the past five or six years. The adventure continues this week as the hosts will take on Ireland for the first time on the indoor courts.

Ireland made waves last year when they made the final of the Outdoor FIH Hockey World Cup performing well outside their expectations. Their indoor journey though is only about to start again. The six-match series against the hosts in Durban and Cape Town will be the first Irish side to play International Indoor Hockey since 1990, nearly 30 years ago. They have also joined in the third tier of the EuroHockey Indoor Championships which take place in Slovakia in late January.

The Irish side selected features none of the team that qualified for the Olympics, but Naomi Carroll will be familiar with the Green of Ireland having last played outdoor for the country in 2018. The Irish side that plays the first test at Danville Park Girls High School will be co-led by Cloe Brown and Orla Fox, while every single player will be making their International Indoor Hockey debuts.

The South Africans are on a very different part of their journey and feature the two most capped African Indoor Hockey players in history in Jessica O’Connor and Cindy Hack. The team also includes Amy Greaves and Kara Botes who have amassed more than 50 caps for their country while the junior side of the team sees Kayla de Waal looking to add to her six caps won against Switzerland.

With the series so close to the back of the successful 4-0 series victory against the Swiss, there is no doubt that the South Africans head into this series as the favourites. And with the only change being the availability of Edith Molikoe back and Celia Evans unavailable, coach Lennie Botha will be looking for more of the same.

These six tests will be the last in a year where the South African record is incredibly impressive. In the calendar year so far, they have played 22 test matches winning 16 and losing only 3. They are currently on a 14-match unbeaten run that started with a swashbuckling 7-0 victory over Czech Republic.

The opening two games of the series will be streamed live by Shoot South Africa through the My Youth Hockey Facebook Page, with the details of the streaming for the other games to be shared in the build-up.