The much-anticipated Indoor Test Series between South African and Switzerland’s indoor Men and Women got underway in a massive thunderstorm in Durban North. The weather didn’t put off a capacity crowd inside the Danville Park Indoor Sports Centre, filled with South Africans still high on cloud 9 from the Springbok World Cup win.

The BlitzStoks played the earlier game with the return of Keagan Robinson alongside the debutants Steven Paulo, Lungani Gabela, Keegan Hezlett, Chad Futcher, Jonty Robinson, Anton van Loggerenberg, Ignatius Malgraff and Cameron Goodwin. A largely inexperienced BlitzStoks side, powered by Tops at SPAR for this series, were enterprising in their attack but were caught out by the structured play by the Swiss. Yves Morard scored the first goal of the series from the first Penalty Corner showing why the Swiss were Quarter Finalists at the last Indoor Hockey World Cup.

The BlitzStoks grew into the game with Rusten Abrahams becoming a central figure in building some exciting attacking play. Chad Futcher and Keagan Robinson were able to open opportunities but found Jonas Verest limiting the space. South Africa were maybe left ruing the opportunities they had not converted in the first half when Marco Michel made it 2-0 for the Swiss from another Penalty Corner.

The South Africans though showed the never say die attitude you can attribute to our nation and fought back on a very slippery surface because of the humidity. They won a penalty stroke in the second half but were unable to convert it with Chad Futcher hitting the post. But South Africa would pull a goal back in the last quarter when Jethro Eustice fired home from a penalty corner with 6 minutes remaining. Chad Futcher would score his first international goal and atone for his stroke miss with just three minutes remaining and earn South Africa a credible draw with the world number 8 much to the delight of the partisan crowd. 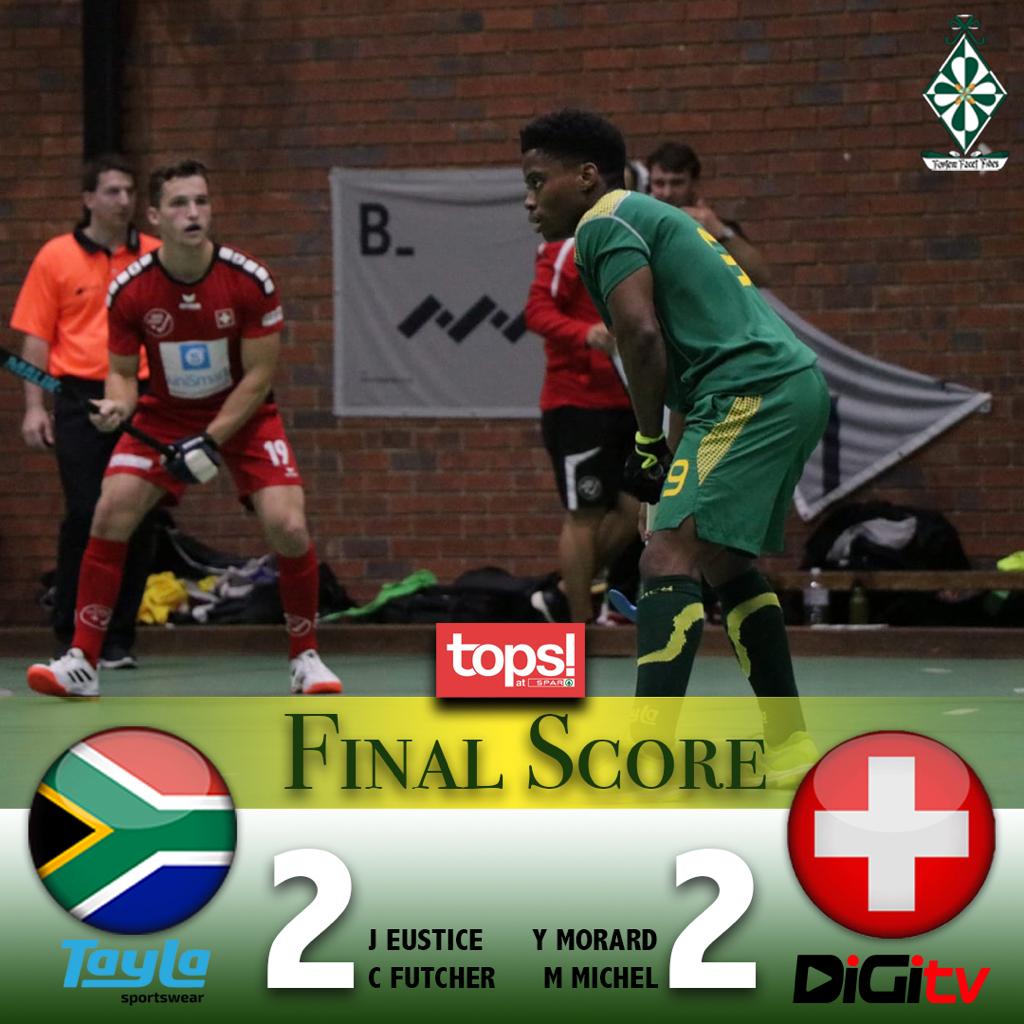 Captain Jethro Eustice after the game: “We tried to focus on our defence and settle in our combinations. I think Switzerland probably had the best first half, but we were the better team in the second half, so the draw is probably a fair result. We want to bring a bit of youth and excitement into our game and build with this team and the new structures!”

The SPAR South African Indoor ladies record since the last African Cup has been mighty impressive winning 30 of the last 36, losing just three of the test matches in that time. With momentum building impressively the South Africans were keen to show that their series victory over Switzerland in January was not just a flash in the pan, but a show of the progress Lennie Botha’s side have made.

They were quick to show that domination against the Swiss, who themselves were building towards the EuroHockey Championship in January. After having two shots saved off the line by defenders, SPAR South Africa took the lead through captain fantastic Cindy Hack. The score would remain that way until the end of the third quarter when Kayla de Waal on her debut lit Danville up.

Cindy Hack produced a wonderful up the line ball and de Waal picked it up in the D. With her back to goal and under immense pressure from Tanja Landtwing the youngest player in the South African team showed tremendous composure and finished a delightful reverse flick. The Danville crowd were massively appreciative of the goal and so to was the rest of her team.

As Switzerland pushed for a way back into the game it was Celia Evans who put the game to bed for SPAR South Africa. Kayla de Waal turned provider when she crossed the ball for an onrushing Evans to slide it home. A 3-0 win to start the series exactly what the vociferous crowd had ordered.

After the game captain Cindy Hack was delighted: “I am so proud of the girls. There are some things we can still work on, but Im very happy with the performance. The crowd was absolutely sensational, thank you for the support, we are so proud to represent South Africa.” 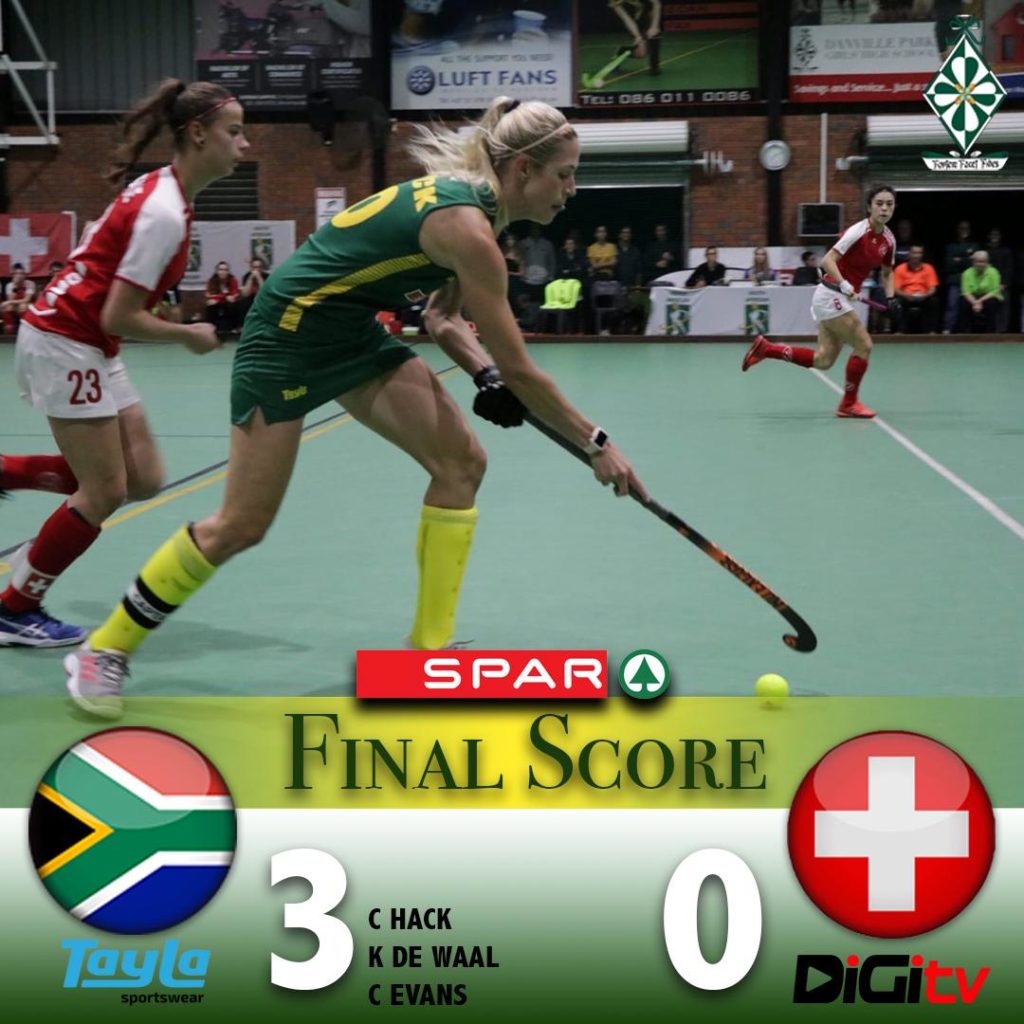