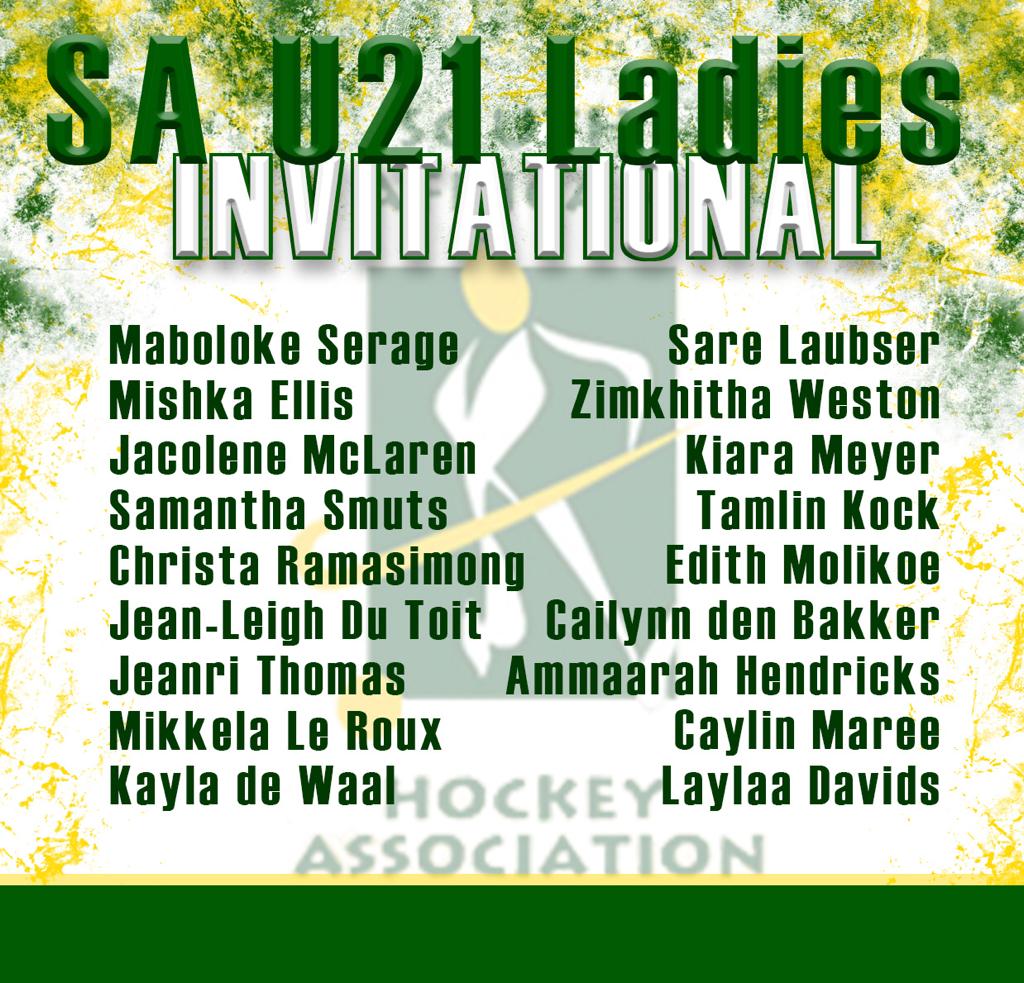 The eagerly anticipated summer series is back. Maties Hockey will be hosting the South African Women’s Hockey team from the 19 January until the 04 February. The South Africans will take on Ireland and Germany, while the SA U21 Invitational side will take on Netherlands.

Today the SA Hockey Association has great pleasure in announcing the South African U21 Invitational side:

Kayla de Waal and Edith Molikoe both join the team after a fantastic tour with the SPAR South Africa Women’s Indoor side that drew with Poland away from home, while the likes of Mishka Ellis, Ammaarah Hendricks and Jean-Leigh du Toit have impressed at PHL as well.

For the U21’s selected in this invitational squad, the focus will be on impressing and staking a claim for a spot in the African Cup later this year and hopefully a view to qualifying for the next FIH Junior World Cup.