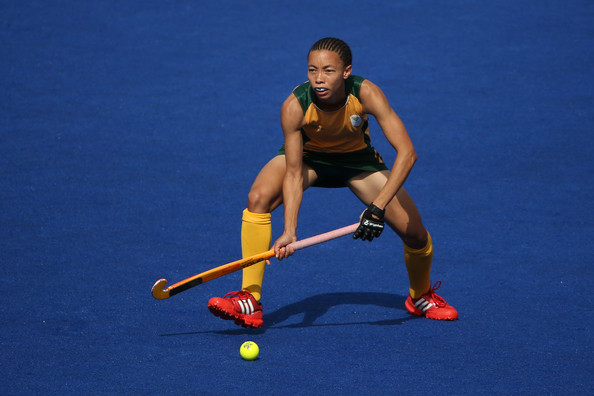 Leno, as she was known in her playing days, had a stellar playing career with South Africa earning 232 caps for the country including participating at the 2008 and 2012 Olympic Games, as well as Commonwealth Games and Hockey World Cups. As a coach she led the SA U18 girls in 2018 to a historic 3-0 series victory over Australia.

Lenise has also served as the SA Under 21 assistant coach under Robin van Ginkel previously and recently completed her FIH Level 3 course in Malaysia.

“I am incredibly honoured to be appointed to this position. I have worked with a lot of the girls in the Schools structure and I am excited to see where we can take this. There are some fantastic players in the system, and I hope that from my experience I will be able to help them reach their potential. I am also looking to learn and grow as a coach myself and this opportunity affords me that exactly! I really believe this group has the potential to achieve something special” shared the newly appointed head coach.

The SA U21 squad of 18-players features a blend of players born in 1998, 1999 and 2000 in order to build the squad towards the Junior Hockey World Cup qualifiers. Several the players are currently taking part in the CTM Premier Hockey League in the Namaqualand Daisies squad that has made the semi-finals in this year’s tournament.

There is also a strong contingent from the SA U18 side that featured in Buenos Aires in Argentina last year including Mishka Ellis, Ammaarah Hendricks and Kayla de Waal all included in the side. While South African Indoor National Edith Molikoe and newly called up outdoor squad member Thati Zulu are included, adding a steel to the squad.

Sare Laubser and Jean-Leigh du Toit have been particularly impressive in this years Premier Hockey League and their form rightfully see’s them called up to the squad for the Bloemfontein tournament. With national coach Robin van Ginkel showing an openness to exposing younger players to International Hockey it also offers a tantalizing opportunity for players to get themselves in the thoughts of the national selectors.