South African Hockey has today announced the SA U21 Squads selected on the back of the recent U21 IPT that took place in the Eastern Cape. The squads are the first groups towards the respective 2023 FIH Junior World Cup.

Both sides performed admirably in the most recent tournaments with the SA U21 Men finishing in 9th place in India, the best ever finish for the SA U21 Hockey Men, while the SA U21 Women finished 7th in the first ever African hosted Hockey World Cup.

The SA U21 Men will be led by Guy Elliott, having been announced yesterday for the period up to the conclusion of the 2023 FIH Hockey Junior World Cup in Malaysia. The first U21 Men’s squad is made up of 38 players including senior capped Sihle Ngubane. The squad also includes Niel Raath, Cameron le Forrestier, Aiden Tun, Joshua Davies and Sihle Ngcongo who were part of the 2021 FIH Hockey Junior World Cup team.

The SA U21 Women will look to build on the performance at the FIH Women’s Hockey Junior World Cup in Potchefstroom where good wins over Ireland and USA helped South Africa cement a 7th place finish. Cailyn Maree, Tamlyn Kock and Mikkela le Roux are retained from that squad, while Rea Phume and Kayla Swarts have tasted international hockey having played in the recent Hockey5s Event in Lausanne.

This is the first group of players identified on the road to Malaysia and Chile, but there will be further selection and identification opportunities for these and other players over the course of the next 18 months.

The squads will assemble for their first camp in July. 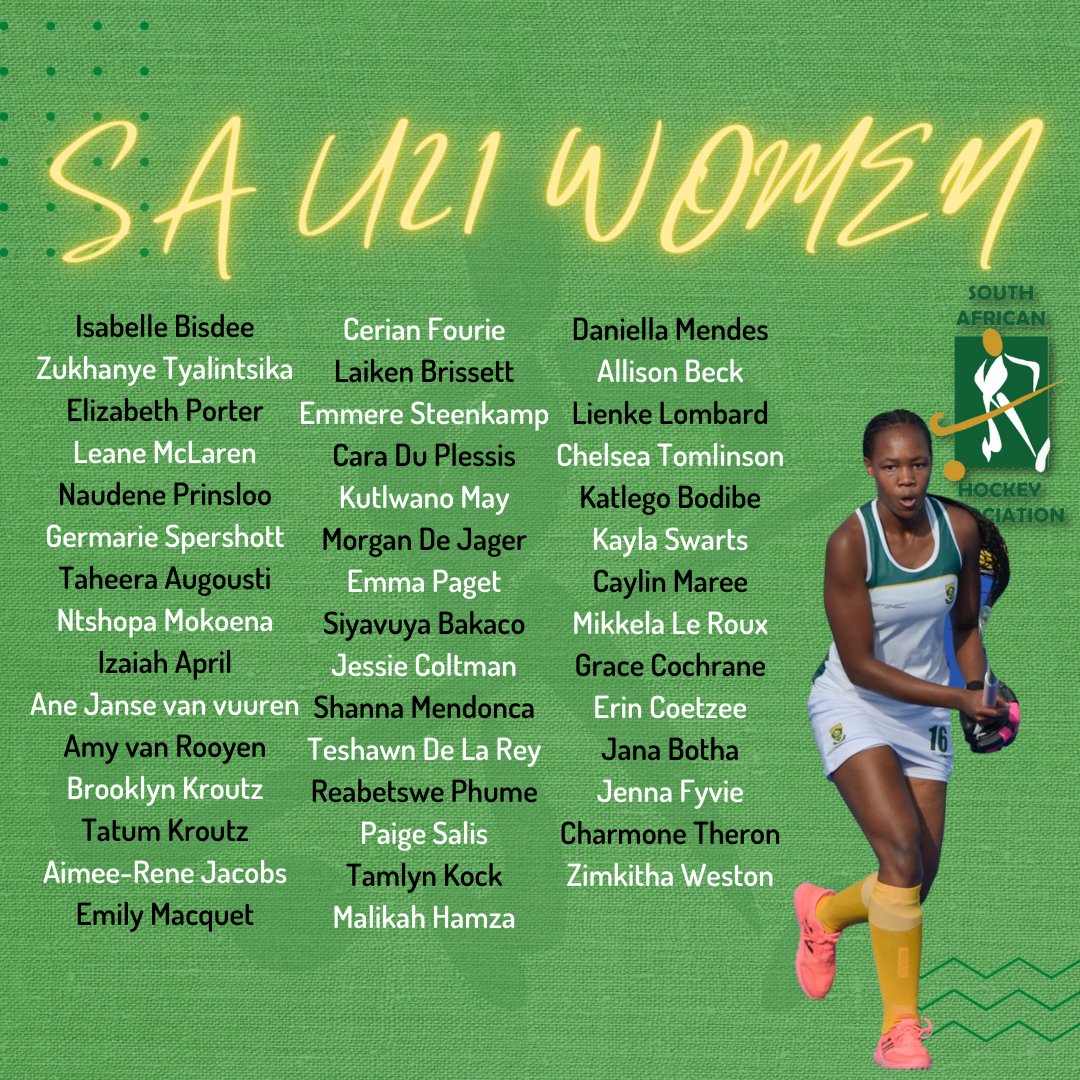 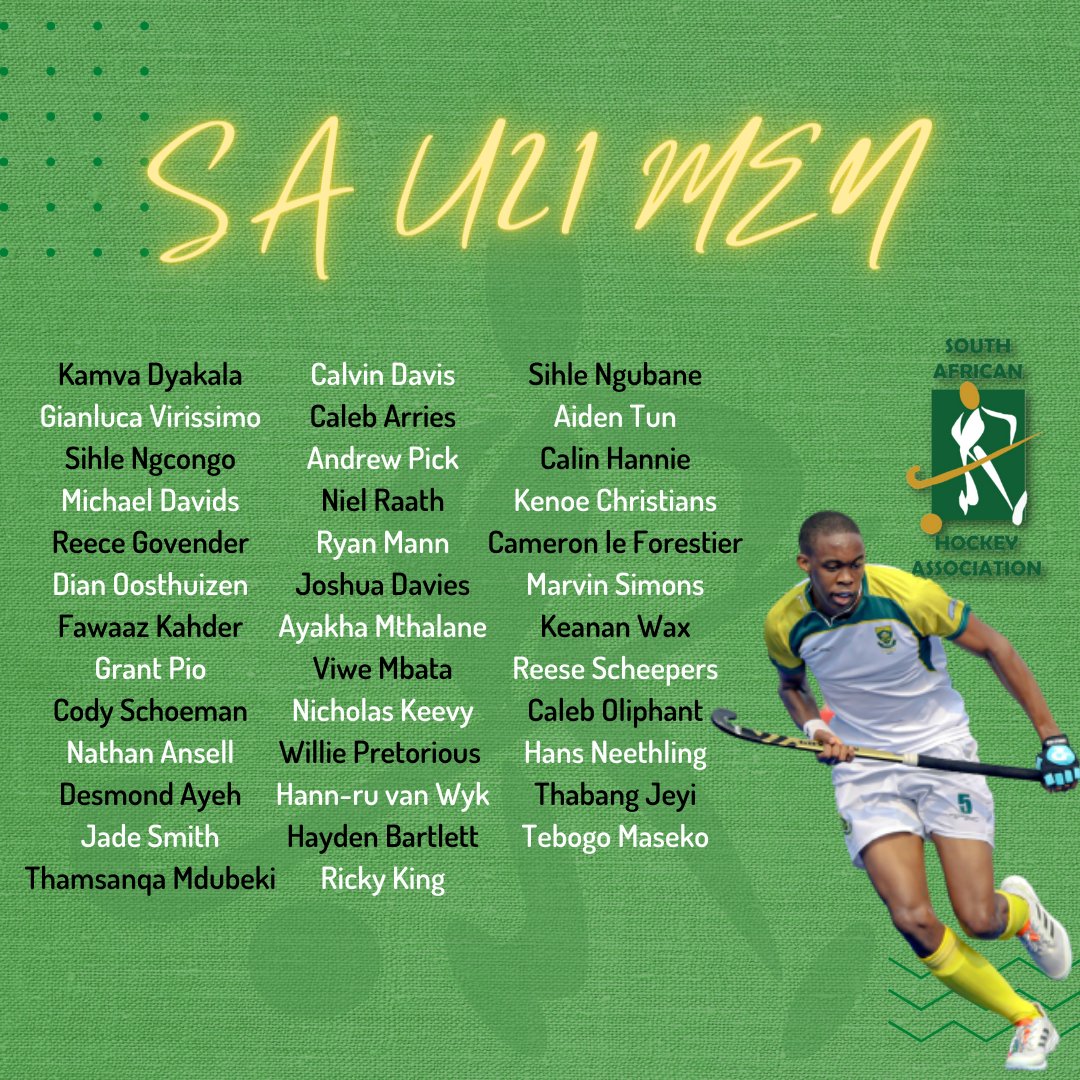