After a preparation run that can only be described as materially impacted by the coronavirus pandemic, the South African U21 side are in India and will begin their Junior World Cup adventure as they take on the Olympic Champions Belgium’s juniors in the opening game of the tournament.

The 2021 FIH Junior World Cup is the 12th tournament, with South Africa competing for the 6th time consecutively. The tournament has consistently uncovered future South African stars with the likes of Ryan Ravenscroft, Justin Reid-Ross, Taine Paton, Matthew Brown and Bili Ntuli all starring for South Africa at previous editions, before taking the centre stage for the senior team.

The U21 Men have not had some of their normal preparation on offer as PHL and IPT were cancelled due to covid, while a home series against India failed to happen after health concerns were noted in the Indian camp. Further to this the Junior African Cup was also cancelled.

However the team did manage to play a series against the SA Olympic team in the superb CTM Showdown at the North West University where they displayed tremendous spirit and fight as well as a dangerous short corner, with Jacques van Tonder standing up to be counted.

Sihle Ntuli’s side get things underway against Belgium tomorrow morning at 05:30 local time. The match will be televised live on the FIH Watch Hockey App, which is free to download. The African’s will next be in action against Chile on the 26 before rounding up the group stage with a match against Malaysia on 27 November. 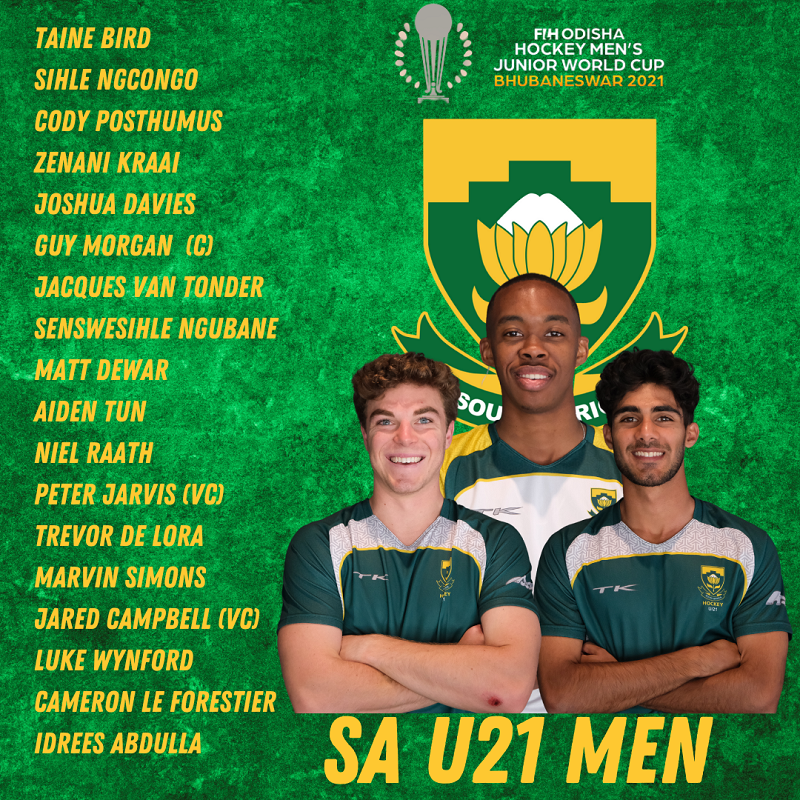