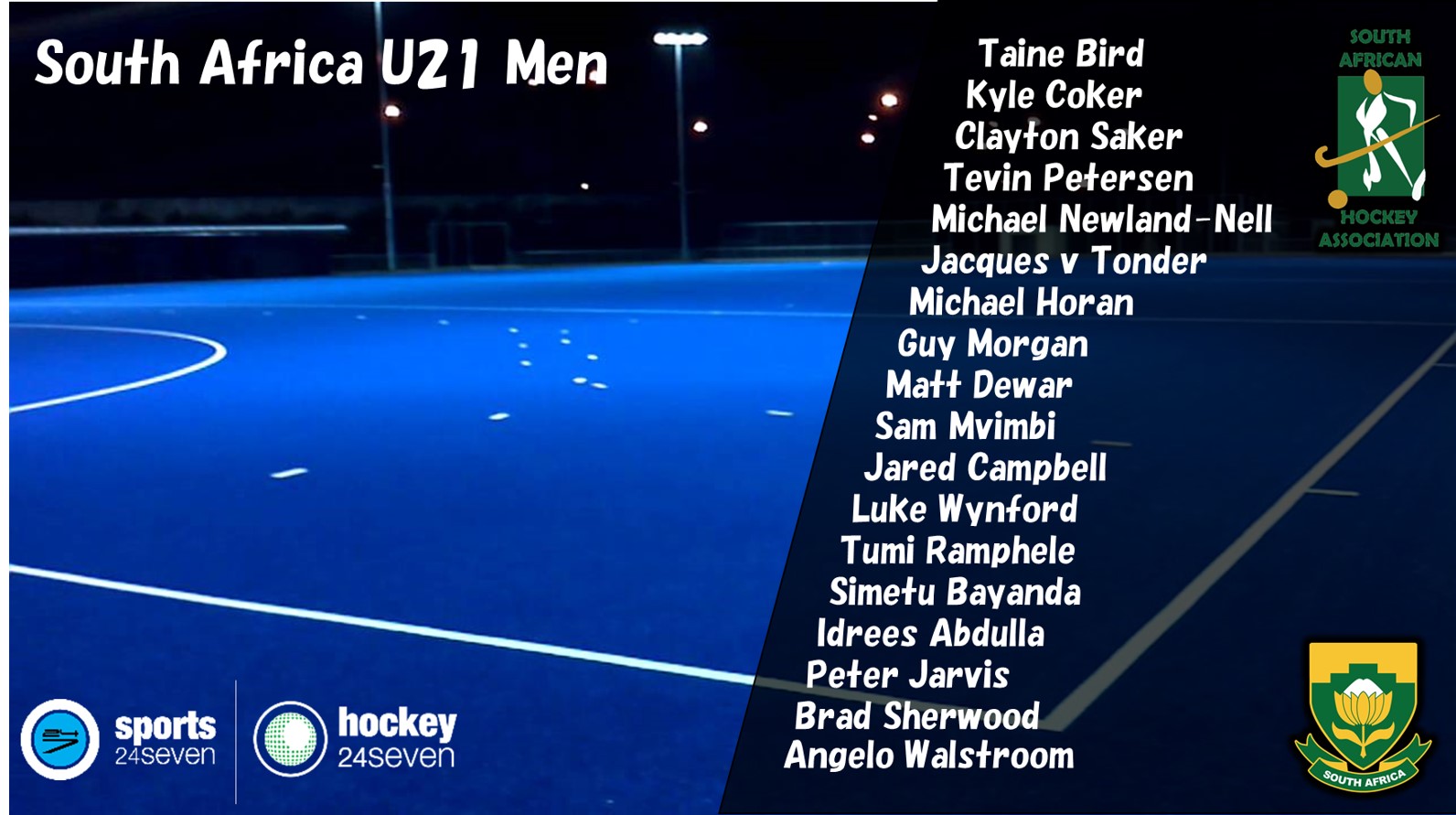 Neville Rothman, Head Coach of the South African Under 21 side, has today announced the side selected to take part in the Mens Senior IPT. The Under 21 side has traditionally used the IPT as part of their process in building towards the next Junior World Cup.

The U21 Men are currently taking part in the Premier Hockey League in Randburg under the guise of the Golden Gate Gladiators. Some players have already taken the opportunity at the tournament to put their own names in lights, while all of them will hope to emulate Sam Mvimbi who earned his debut cap earlier this year.

Coach Neville Rothman shared his excitement about the team: “The only change from the CTM Premier Hockey League is that Bradley Sherwood returns and will add massive value from skills and leadership ability. Mpumelelo Maphumula is unavailable for selection as he will be playing football in the United States. This is another step on our process towards our ultimate goals of Junior World Cup in 2021.”