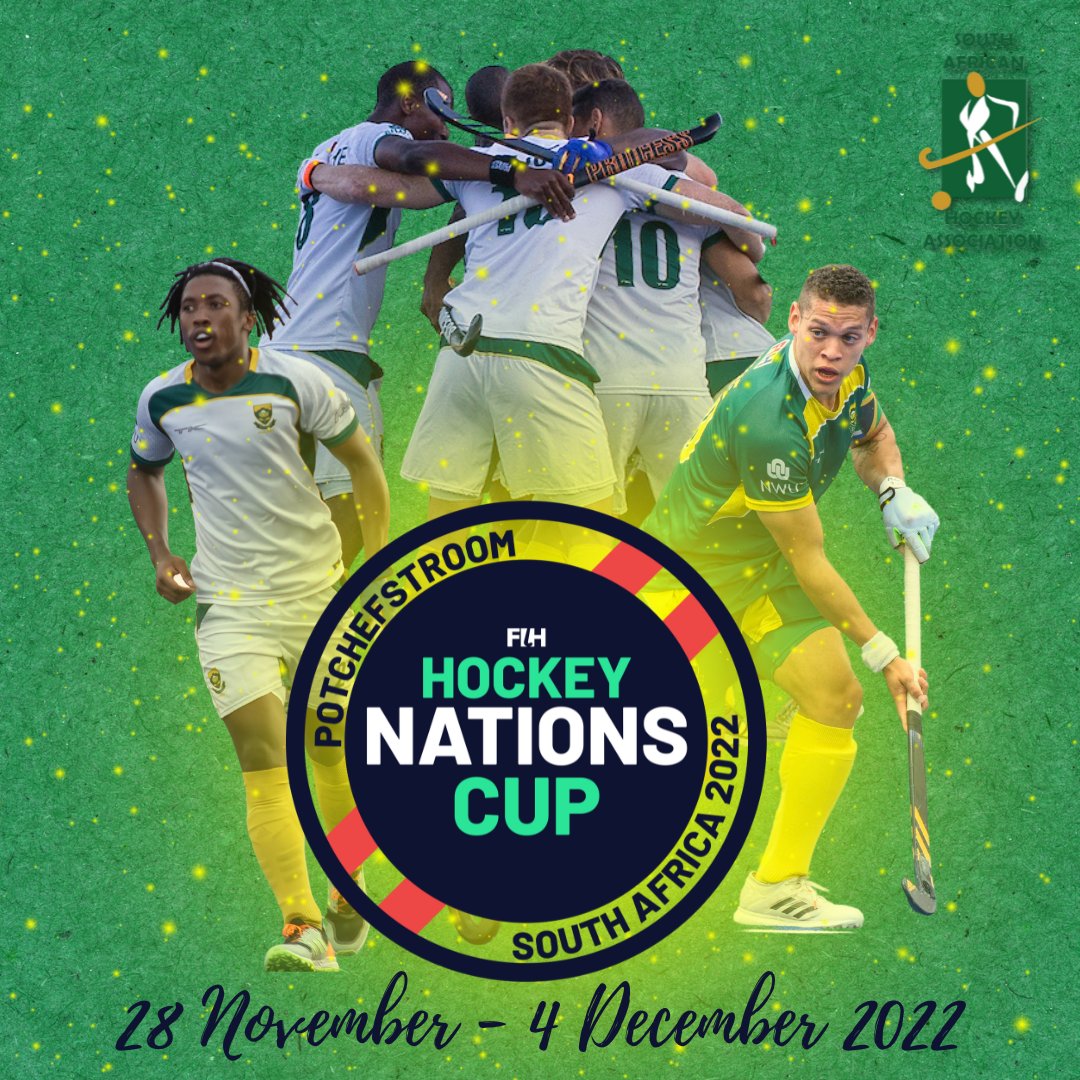 The International Hockey Federation (FIH) has appointed South Africa as the host country for the inaugural FIH Hockey Men’s Nations Cup. The event will take place at the North-West University of Potchefstroom – which successfully hosted the FIH Hockey Women’s Junior World Cup in April this year - from 28 November to 4 December 2022.

The following eight teams - which include some of the powerhouses of world hockey! - will participate in the very first edition, having qualified based on their position in the FIH World Rankings of May 2021: South Africa, France, Canada, Japan, Korea, Ireland, Pakistan and Malaysia.

FIH CEO Thierry Weil said: “On behalf of FIH, I’d like to thank wholeheartedly the South African Hockey Association for hosting this inaugural edition of the FIH Hockey Men’s Nations Cup. Everyone could see how successful the FIH Hockey Women’s Junior World Cup – the first FIH World Cup to be staged on African soil – was, and we’re delighted to go back to Potchefstroom soon! With the Nations Cup, not only a true hockey festival awaits all hockey fans, but there’s a lot a stake for the teams, including a place within the FIH Hockey Pro League!”

Shaune Baaitjies, Acting CEO of SA Hockey: "South Africa showed our capacity as a world class host with the hosting of the FIH Hockey Women’s Junior World Cup in Potchefstroom earlier this year. The North West University facilities were outstanding and received wonderful reviews from all involved. We are delighted that the FIH has chosen to host the FIH Hockey Nations Cup in Potchefstroom. The South African Men enjoyed playing the home series of games in the FIH Hockey Pro League at the venue and look forward to adding more remarkable memories for the international hockey family. It promises to be a wonderful tournament at a wonderful venue!"

The inaugural FIH Hockey Women’s Nations Cup will be held in Valencia, Spain, from 11 to 17 December this year.