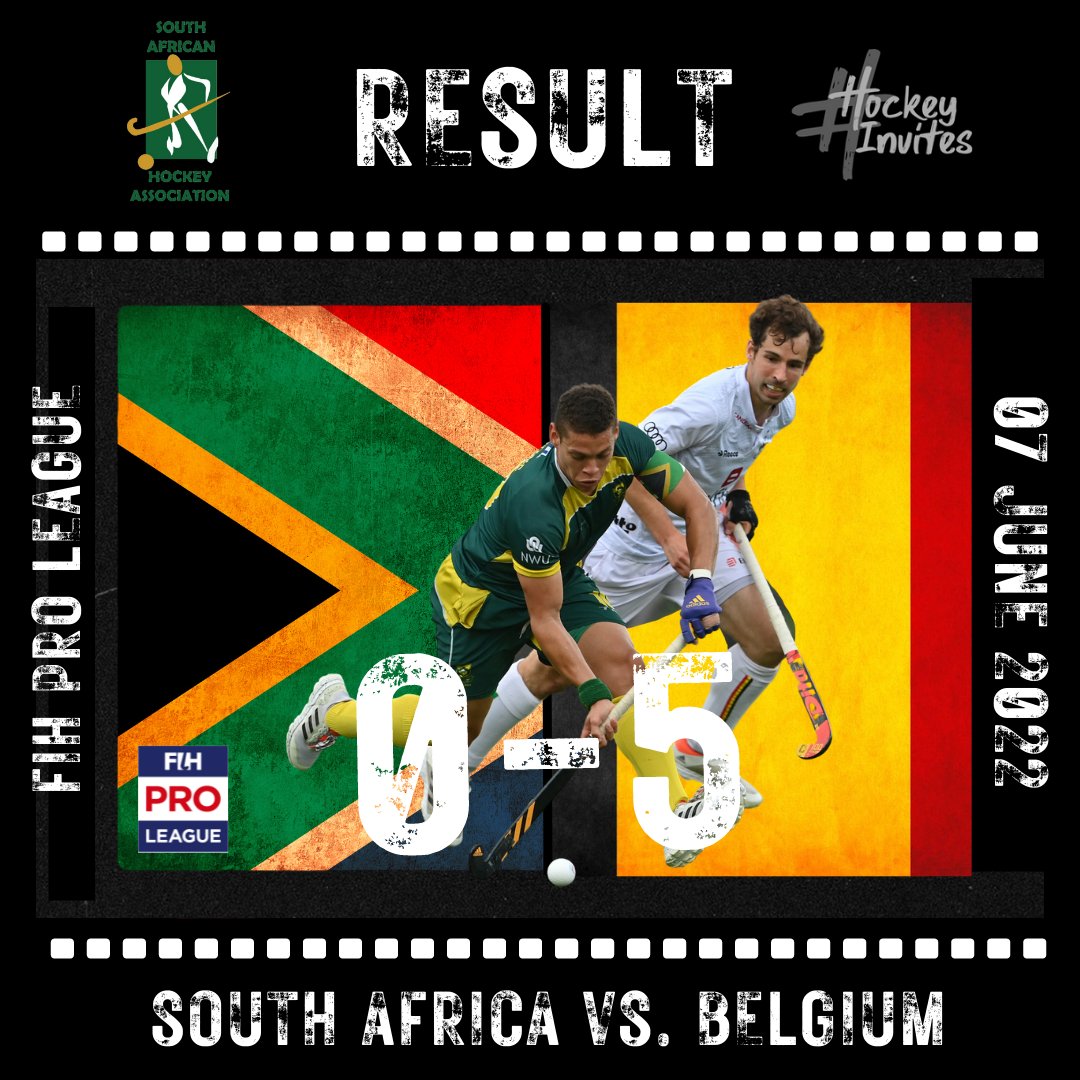 South Africa took on the Olympic Champions Belgium in their penultimate FIH Pro League fixture in Antwerp. The South Africans welcomed back Nic Spooner and Bili Ntuli, fresh from a third-place finish with their Bundesliga side Harvestehuder, while Belgium welcomed back five players who had a combined 750 caps! The South Africans knew it would be a tough challenge facing the quality of the Tokyo Champions.

The task was compounded by conceding a frustratingly early goal again, as Nicolas de Kerpel found himself in acres of space to easily convert. South Africa created a dangerous opportunity when Mustapha Cassiem effected a turnover and drove into the circle, but de Lora was unable to punish the Belgian error.

The African champions thought they had the equaliser as Connor Beauchamp penalty corner flick was racing towards the top corner, but unfortunately rebounded off the crossbar. They were awarded another though, but this time fired it wide. 1-0 at the end of the opening quarter.

The second quarter started far more competitively with South Africa even having a period of good possession. However, goal chances were at a limit but a double penalty corner for the Belgians ten minutes gave the hosts the chance, but it was a chance wasted as Tom Boon fired over the top. The goal would come seconds later though as Boon made a superb run on the near post and deflected it over Nolutshungu.

A far better quarter for the South Africans, however it was another that ended 1-0 to the Olympic Gold Medallists and it was 2-0 down at the half-time break.

The second half started with Gowan Jones back in goals and within 1 minute he had to face a penalty corner. As he had done in the first quarter though, he kept them at bay fairly easily. South Africa managed to get a shot at goal as Bili Ntuli produced a snapshot, which was fairly easy to save for van Doren.

Belgium would add their third as Boon scored from a penalty corner, which was immediately reviewed by the South Africans for danger as the ball was off target. Although the evidence was clear the umpires stuck with the on-field decision, disappointingly for the South Africans.

The frustration was further compounded as Connor Beauchamp received a yellow card and immediately Belgium scored from the resultant penalty corner. Gowan Jones then produced another fine save to keep the score the same.

Siya Nolutshungu made a solid save from the next penalty corner, but the rebound fell to Boon and with the aide of a deflection off Dan Bell found its way into the back of the net.

South Africa defended superbly to deny a rampant Belgian side any more opportunities or goals and the game ended 5-0. Our FIH Pro League run completes tomorrow as we face Belgium for the second and final time.