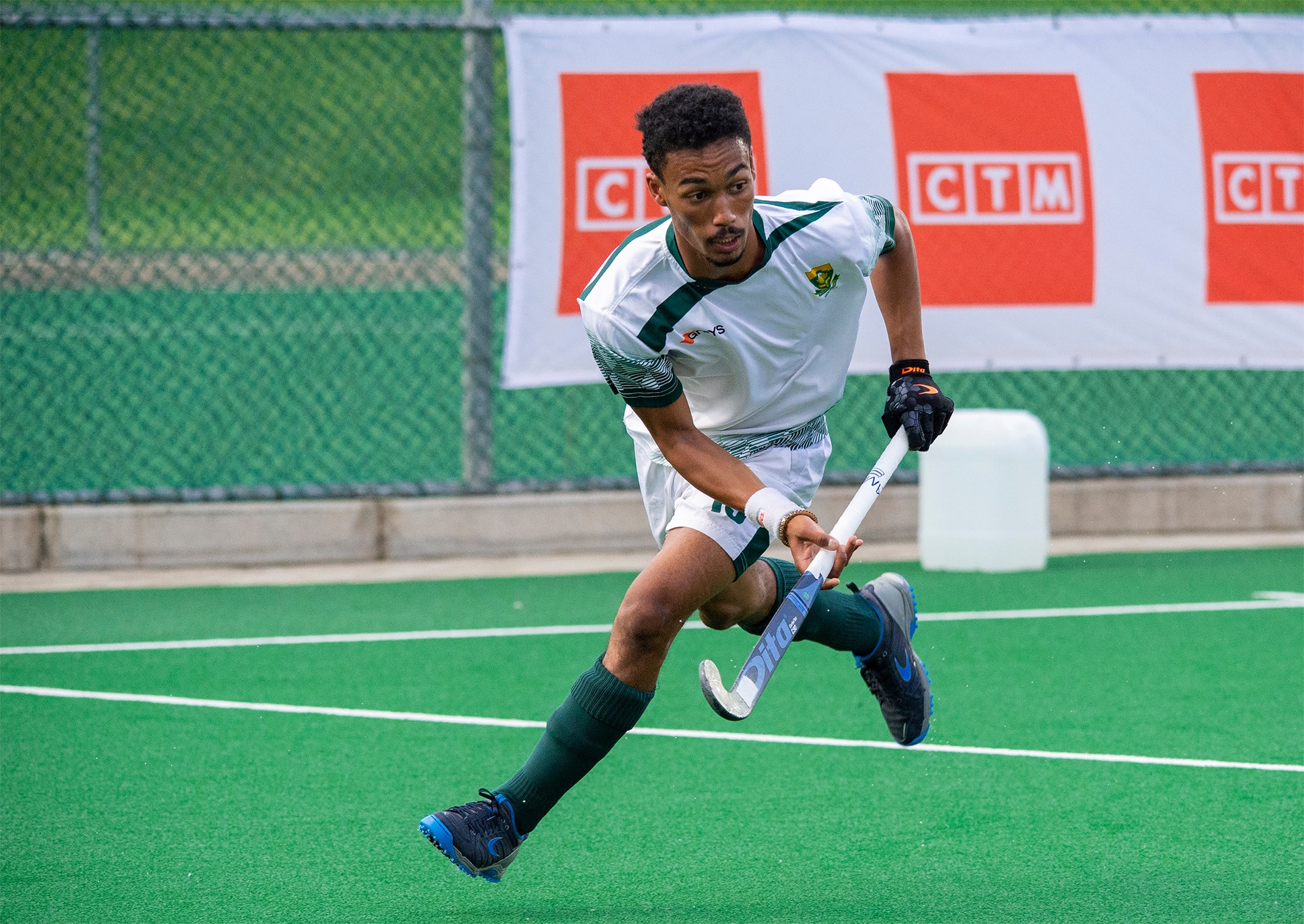 After the opening two matches of the series ended in heavy defeats for the South African Men, you would have been forgiven for expecting Germany to romp home to a third win at Wits University on Thursday night. You would of course been wrong, as the African Champions showed the heart that is a fabric of the South African sporting culture to hold the Germans to a 1-1 draw.

The Germans started the game well and converted with a soft goal through Christopher Ruhr. Siya Nolutshungu in the South African goal would have been disappointed with the way the defence allowed the goal to be scored. If the opening two games had been a display of attacking effectiveness, this game quickly progressed to a game of defensive discipline. Germany were turning the screw with Martin Haner, Mathias Muller and Martin Zwickler dictating possession.

At the end of the half South Africa had faced five penalty corners and denied all of them. Ryan Julius was fantastic in first wave in the absence of Keenan Horne while Nolutshungu made one of the best saves you will see. Ruhr fed Schiffer who had the task of just tapping in, but the South African keeper made his small frame large and got his trailing leg to the ball. Jethro Eustice, Andrew Hobson and Matt Brown were highly instrumental in keeping the game at just a one goal deficit.

Although South Africa were pleased to only be one goal down at the break, coach Ewing would have been frustrated by the amount of easy ball given away, while the game was being played largely in the South African quarter. The half-time team talk seemed to do wonders as the South Africans came out with a higher intensity and levelled matters after a great counter attacking goal.

Bili Ntuli and Sam Mvimbi combined superbly to create space, Ntuli got himself to the baseline and found Nic Spooner in the middle. The German based midfielder fired a bullet shot that was saved by Appel, but Dayaan Cassiem reacted first to find the back of the board. A wonderful crowd at Wits including schoolboys from Middelburg and Jeppe Boys were delighted by the goal.

The Germans raised the tempo but were forced to try elaborate passes that weren’t connected and when they finally did find the breaks, they were thwarted by either fantastic goalkeeping by Rassie Pieterse and Nolutshungu or superb defending. Gareth Heyns had taken a clear leadership role when Jethro Eustice went off injured and it was clear that he was thriving in the role.

The South Africans faced one last penalty corner and Grambusch finally managed to beat Pieterse, but Matt Brown produced a superb goal-line save to hold onto a wonderful result for the South Africans.

Coach Garreth Ewing was quick to downplay the result and focus his team for the final test on Saturday morning, but the fans in attendance, and those watching online knew that this was another step in the progress made under the head coaches’ tutelage. There are many challenges that SA Hockey players face, but when they produce heart like that they can compete with the best in the world.