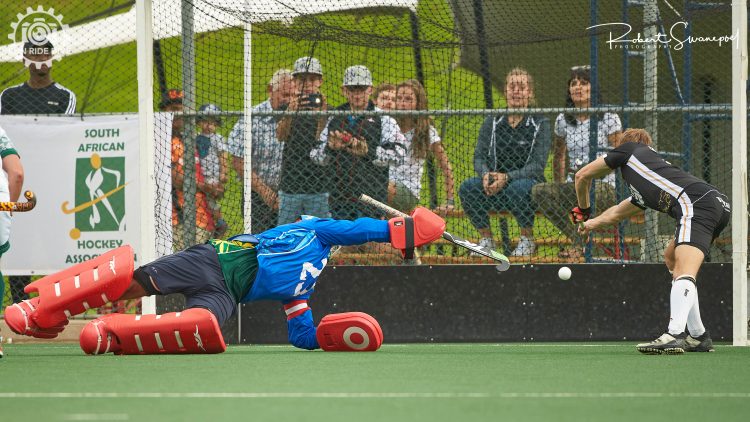 An intervention by Eskom and the water tanks malfunctioning meant that the second test between South Africa and Germany at Wits University was delayed by a couple of hours on Sunday. The delay could not dampen the spirit of the Germans and the strode out to convincing 7-1 win and a two nil series lead.

The two sides, who will lock horns in a tough Olympic pool in Tokyo, had caused the two teams to start the game a bit off pace with the technical quality not at the usual standard in the opening interchanges. The South Africans did open with the first shot at goal, but it was blazed over the bar before Germany got their first opportunity in the quarter. It was an all together tighter opening with South Africa giving as good as they got in creating opportunities and a 0-0 score line was a fair reflection of the game.

Germany raised the intensity after the break and despite the best efforts of Rassie Pieterse, they opened the scoring when Niklas Wellen dived in to convert a cross. The Germans were having most of the game at that point and Rassie Pieterse was called on to make several saves but could not stop Marco Miltkau from getting his opening goal. The Germans then had a goal ruled out on the edge of a much needed half time break.

The South Africans burst into life in the second half and pulled a goal back through a wonderful break finished by Richard Pautz on the dive. But Miltkau quickly added his second and third goal to establish a 4-1 lead. In a devastating quarter of hockey, the South Africans could not keep up with the Germans and Lukas Windfelder made it 5-1 from a Penalty Corner. Jonas Gomoll capitalized on South Africa’s yellow card to make it 6-1.

In the final quarter Germany added a little bit of gloss with another penalty corner for Lukas Windfelder while they bossed the final interactions in denying South Africa a chance.

The two teams meet on Thursday evening at Wits for the third test and the second last test of the South African Summer Series.