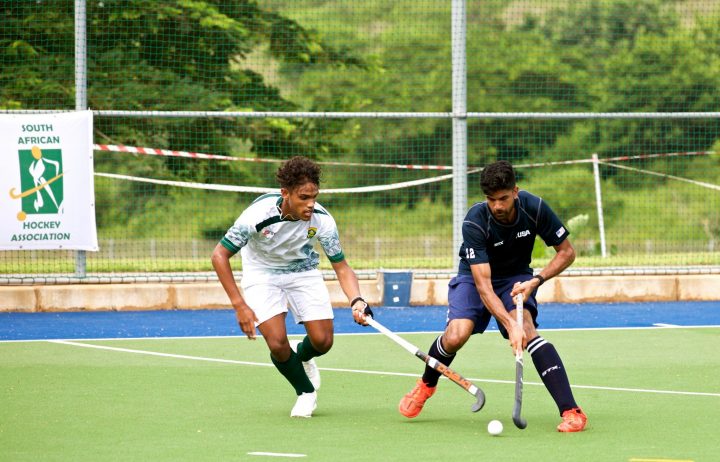 The South African Hockey Men got their official 2020 Road to Tokyo underway in Ballito today as they took on USA in the first of four test matches. In truth the squad is actually a week or so further along in their prep having played SA “A” in four games, before two warm up unofficial victories against USA.

Of course, the last time these two teams met in an official test match the South Africans produced a thrilling fight back and a sensational winner with 20 seconds remaining at the FIH Hockey Series Final. That win, through Nic Spooner’s intervention, essentially booked South Africa’s spot at the Tokyo Olympics.

It was also a historic test for a few reasons, it was the first outdoor international test match at Ashton College in Ballito, while it was also the first time the two nations would take on each other under the new outdoor hockey rankings. South Africa will be looking to push closer to Ireland in 13th, while USA will be eyeing the top 20 in their progress.

South Africa faced a bit of early pressure from the visitors but took the lead on the back of their own pressure. A brilliant cross field ball picked up Dlungwana whose cross was connected by Ntuli. With a ton of work still to do, Ntuli showed he has the slalom skills for the Winter Olympics too and finished superbly. The hosts would wait until the 23rd minute before they doubled their lead through Clinton Panther. The home favourite picked up a quick counter just in the USA half before he began his 50m trial and finished off after a superb piece of brilliance.

The Americans to their credit did not back down pulling one goal back on the stroke of half time before Aki Kaeppeler levelled. Cutone got the opener for USA capitalizing on the South Africans playing with 9 men for two minutes. A goal mouth melee where he reacted quickest to fire it home. Kaeppeler’s goal coming from the much more regular penalty corner.

The Americans may have been sensing an upset, but South Africa showed that Garreth Ewing’s team is made of sterner things. The South Africans were awarded a stroke and Nic Spooner did what he does best to give the hosts the lead. There was still time for the goal of the game as Mustapha Cassiem received the slip and finished expertly to add an outdoor debut goal to his indoor one against Switzerland last year.

4-2 the final score for the South Africans who take the ranking points, the bragging rights and the lead in the four-test series. 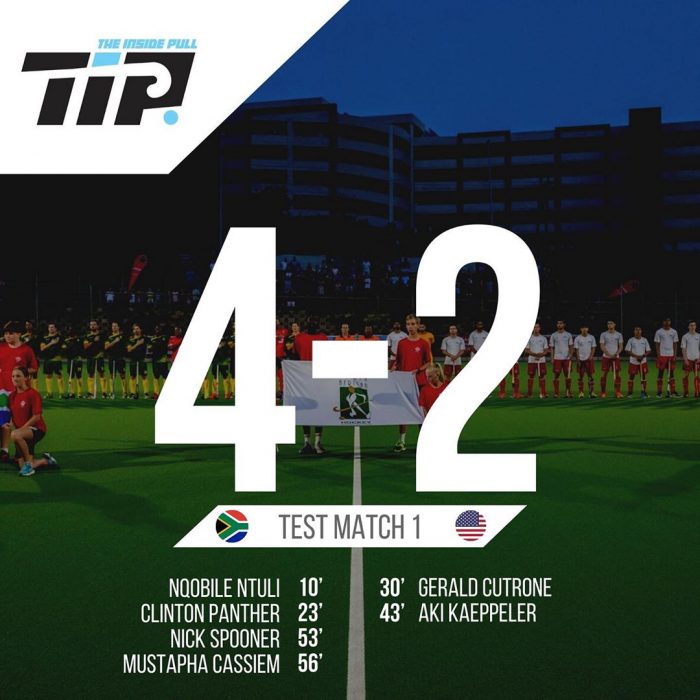