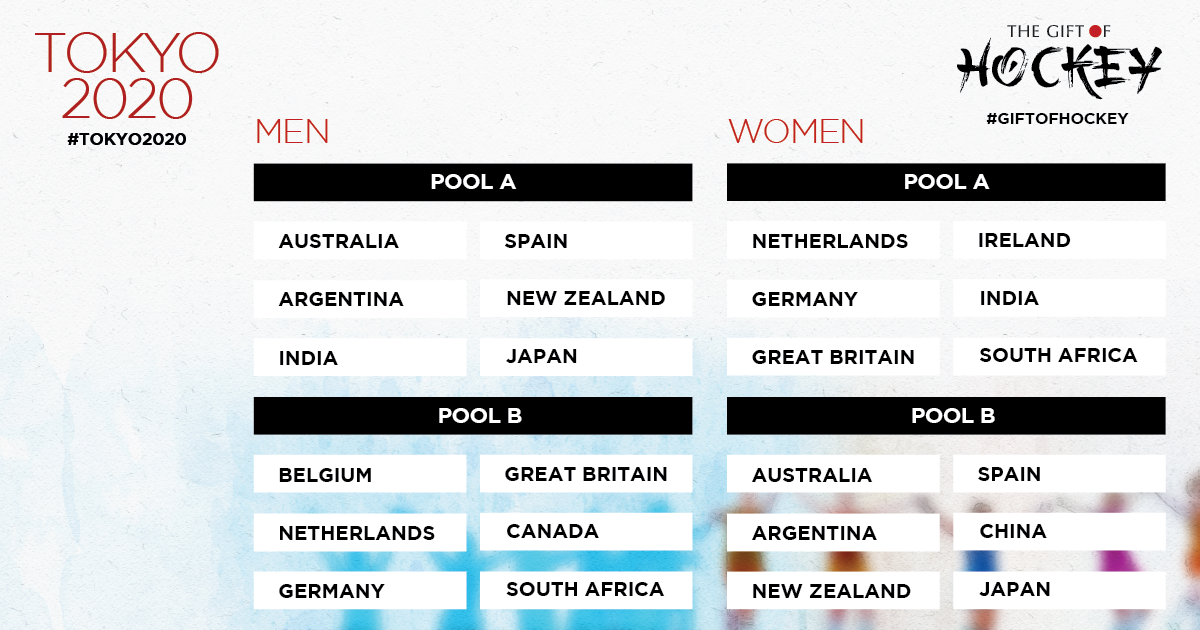 The South African Men’s and Women’s Hockey sides today received official confirmation of their place in the Tokyo Olympic Games in 2020. The men have a best finish of 10th at the Olympic Games and will look to improve on that in their 5th appearance at the Games after Atlanta 1996, Athens 2004, Beijing 2008 and London 2012. The women will also have their fifth appearance having missed out on Atlanta 96, but having qualified for Sydney 2000. The women’s best finish has been 9th in 2004.

The teams have also had their pools confirmed for the 2020 tournament in Tokyo and will look to summon the spirit of the Springboks who have just lifted the Rugby World Cup in the same country. The Men will be in Pool B alongside Belgium, Netherlands, Germany, Great Britain and Canada. Incredibly it will be the first time the South Africans play either Germany or Belgium at an Olympic Games, while they have drawn 2 of the previous 4 Olympic encounters with Great Britain. They will also take on former national coach and player Greg Clarke when they take on Canada.

Coach Garreth Ewing and his coaching staff have been hard at work and will know that the intensity of their programme will go up a gear as they build towards the tournament starting in July next year.

For the SA Women’s team, the announcement caused superb reactions as there had been a huge degree of uncertainty, however we are excited that the #giftofhockey will be there at Tokyo 2020. The Women’s team have continued their hard work since their victory in Stellenbosch and will now gear themselves up for the challenge of taking on the defending champions Great Britain. Alongside this they will also face world number one Netherlands, Germany, Ireland and India.

Having previously faced Netherlands, Germany and Great Britain at the ultimate multi-sport showpiece, it will be the first time Robin van Ginkel’s side play either Ireland, who remarkably won the silver medal at the Hockey World Cup, as well as India who confirmed their spot in a thrilling victory over USA in the FIH Olympic Qualifying event.

For now, the hockey community will be ecstatic as the countries participation at Tokyo now confirmed. The next eight months promise to be filled with massive excitement and thrilling build up as South African hockey rises to the opportunity!