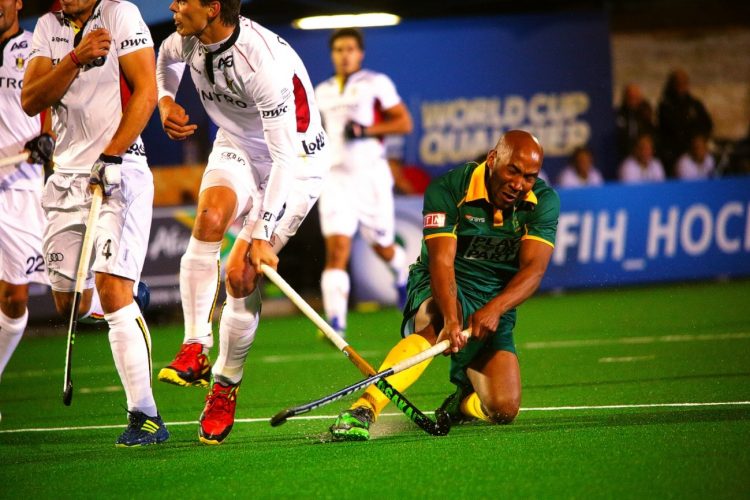 The South African Hockey Association paid tribute to Julian Hykes who has announced his retirement from International Hockey. Hykes last appearance for South Africa was at the 2018 FIH Hockey World Cup in India in December.

“Julian has been an inspirational servant for the game of Hockey in South Africa. He has served the country fantastically well and has been a great role model having played most of his domestic hockey for both Border Hockey and Southern Gauteng at the top level. Thank you for your service and commitment to the game in South Africa Boetie and for the inspiration that you have been for youngsters in our country”, shared SA Hockey CEO Marissa Langeni.

Julian, or Boetie as he is known, was a win for hockey as the talented youngster was making waves at rugby and cricket, before broken ankles led him to choosing hockey. He then rose through the ranks through Border Hockey before eventually rising to represent South Africa. Something he went on to do 129 times.

Hykes has represented South Africa at the 2010, 2014 & 2018 Hockey World Cups, the 2010 and 2014 Commonwealth Games and of course the 2012 London Olympic Games. He is also the second highest goal scorer in the Premier Hockey League history, proving instrumental for the Addo Elephants throughout, and scored arguably one of the finest goals ever scored in South African Hockey at the 2018 IPT.

“There were few things more exciting to see as the one-handed break from Julian for South Africa,” shared SA Hockey Media Officer Tyron Barnard, “his turn of pace was sensational, and you always knew that while he was on the field South Africa had a chance to score. His signature reverse stick has inspired a whole generation of strikers for sure!”

The South African Hockey Association would like to thank Julian for his contribution to the game of hockey and wish him all the best for the future.