Celebrating the Career of Chuck

On the 6 May 2012, South Africa’s hockey men were taking on Japan, the hosts, in the final of the Olympic Qualifying tournament. South Africa had been required to qualify for the Olympics a second time after the African Cup victory was seen as not good enough. To add to the challenge the group stage saw the hosts and the South Africans draw.

South Africa had taken an early lead and were under immense pressure from Japan. But when the moment arose, the ice cool Lloyd Norris-Jones finished clinically to give SA the lead. Although Japan would later score it was Chuck’s goal that took South Africa to the London Olympic Games.

A couple of years later on my birthday in November, South Africa took on Egypt in the African Cup final and trailed twice in the game. Lloyd scored the last goal of the game with a superb break with speed and individual brilliance to wrap up the game. It was a superb birthday present for me and yet another moment when Chuck had made South Africa proud.

It was sad news when Lloyd told me he had decided to retire from International hockey, as despite his 140 caps for the country, I would have loved to see him play a bit more. I definitely would have loved my son to have the opportunity to watch the most lethal attacker we have had in South Africa in my hockey watching days.

Where I really appreciated Chuck was when I was taking my first steps into the world of hockey journalism, he took the time to sit, chat and share information for me to write about. We had some fantastic chats around hockey at coffee shops or over the phone and I don’t expect that to stop any time soon. Thanks for the hockey memories Chuck, here is to many more!

While South African Hockey fans will feel a loss, the fans of Hamburg are fortunate to be experiencing a gain! 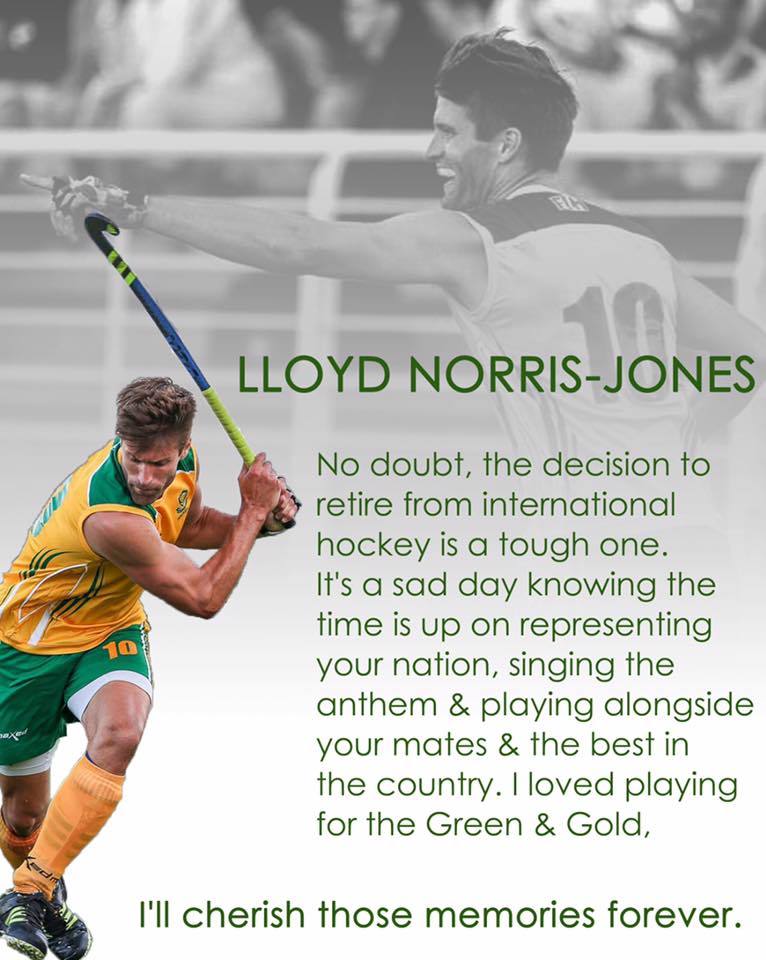 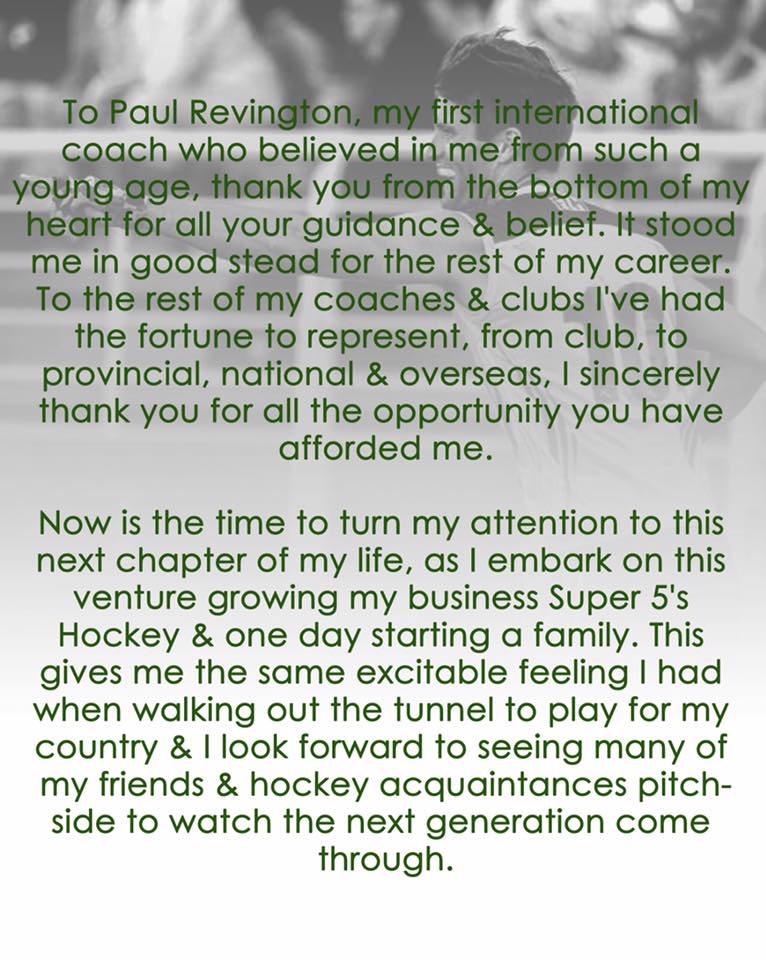 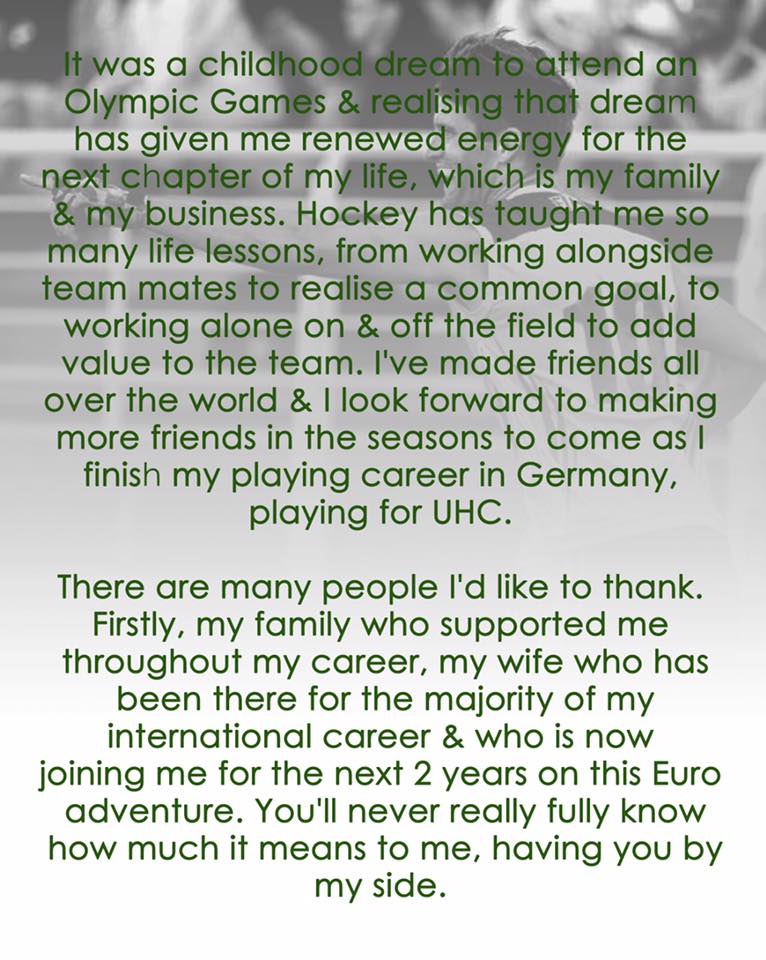 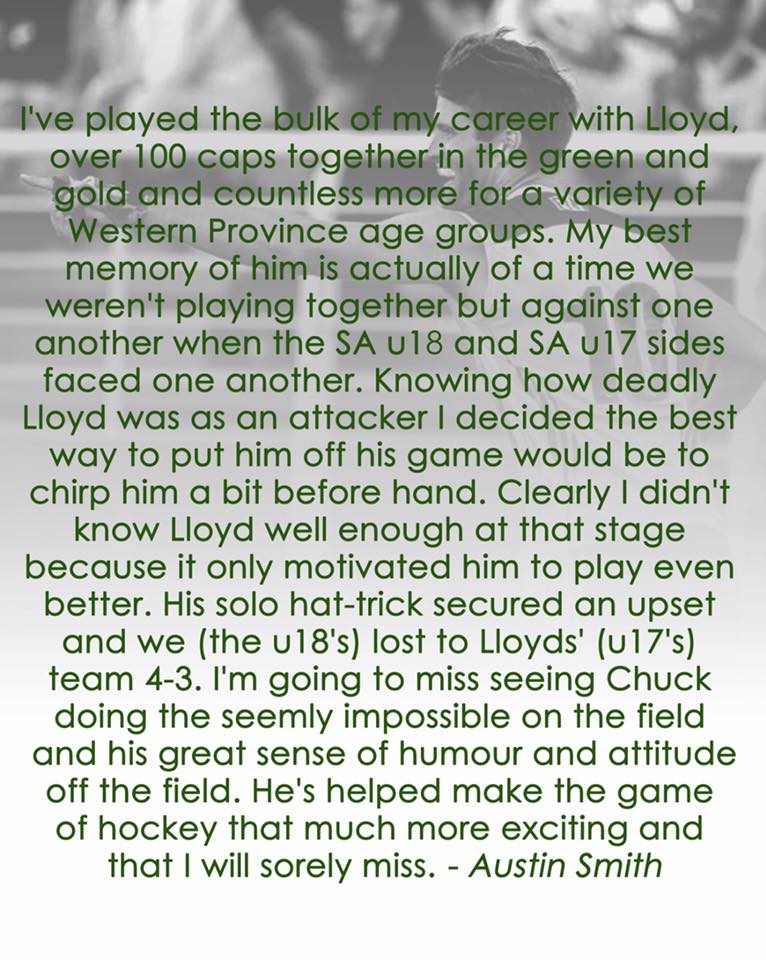 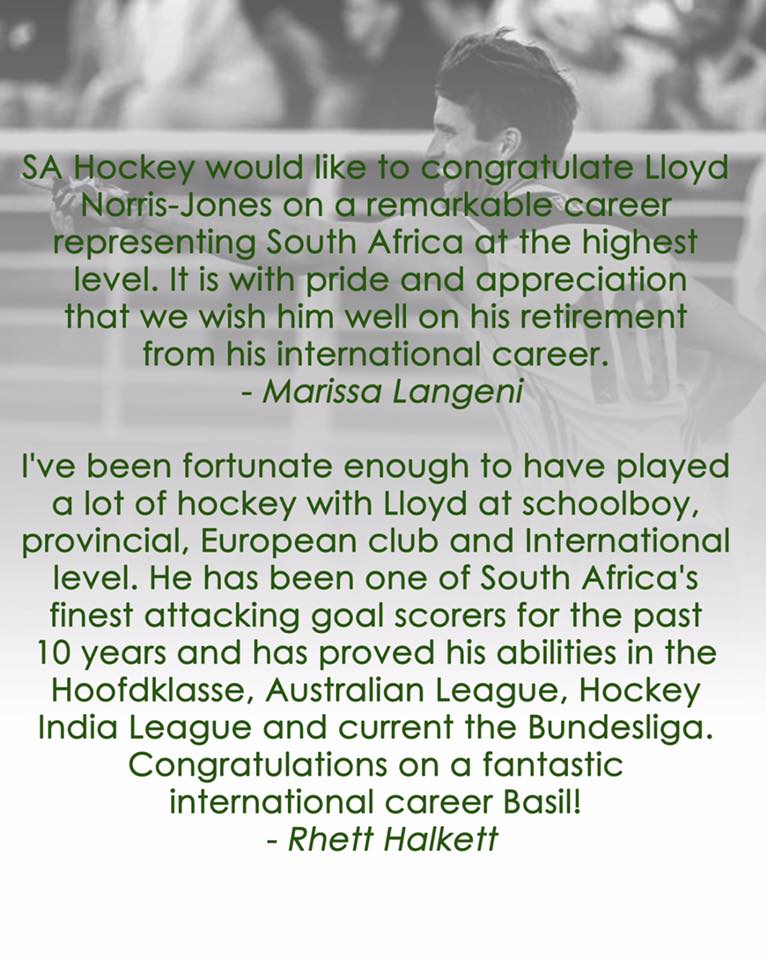 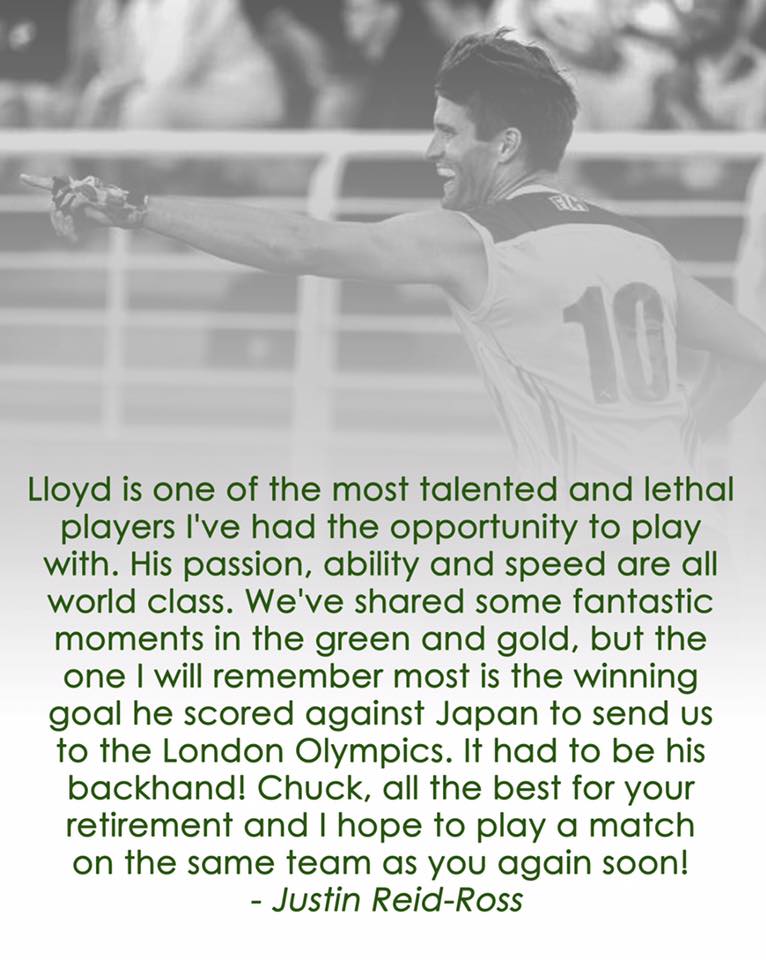